This is my first post in a very long time – so thank you to Steve and Jessie for letting me sneak back into the show! This year for the first time I decided to actually keep track of how many (and what) books I read. I consider myself a fairly prolific reader, but have no quantification of what that means. I am hoping to read about 20 books this year. We are almost halfway through 2020 (yikes) and so this seemed like a good time to check in with my list and see where it is at. This list only includes books that I finished. I admit, I abandon quite a few books partway through: those don’t get to be on “the list.”

END_OF_DOCUMENT_TOKEN_TO_BE_REPLACED

Back in December I started a 23-hour collection of H.P. Lovecraft’s prose work on Audible. This seemed like a not-crazy idea at the time because I had a forty-minute commute home from work every day.

I’ve been working from home for over two months, which means far less designated audiobook listening time. Anyway, I finally finished this collection last week. This review is not about the work of Lovecraft himself, but more about how this collection was put together and narrated, and what I’ve taken from it as my first true introduction to Lovecraft’s work. END_OF_DOCUMENT_TOKEN_TO_BE_REPLACED 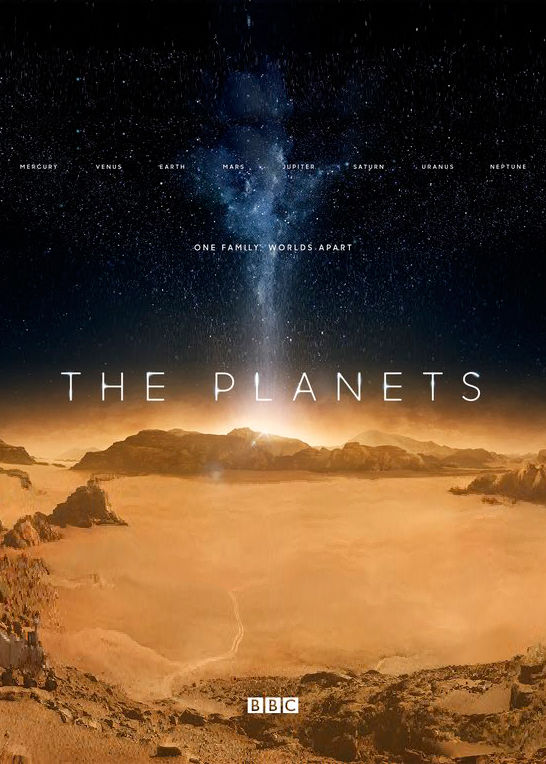 I’ve managed to watch a number of movies/documentaries over the last few weeks that I hadn’t seen before. None of them blew me away, but I have some thoughts, so I thought I’d touch on each one.

None of these are particularly new, so many of you may have seen them already, but they were new to me. I’ll share two today and two in the near future. And maybe I’ll have watched even more movies by then, too. END_OF_DOCUMENT_TOKEN_TO_BE_REPLACED 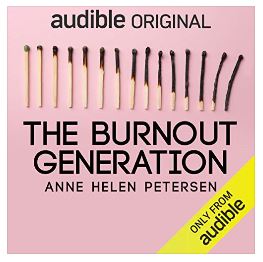 I just finished listening to Anne Helen Petersen’s “The Burnout Generation” on Audible yesterday, and I’m having so many feelings!!!

Okay, that’s overly dramatic, but this was definitely a thought-provoking listen. END_OF_DOCUMENT_TOKEN_TO_BE_REPLACED

The Encircling Sea is the second book in Adrian Goldsworthy’s historical fiction epic about the Roman presence in Northern Britannia.

I listened to the first book in the series, Vindolanda, on Audible last month, and it was not a difficult decision for me to jump right into the second.

The Encircling Sea is an excellent sequel that establishes its own narrative while clearly connecting its characters and its plot lines to the first story. END_OF_DOCUMENT_TOKEN_TO_BE_REPLACED 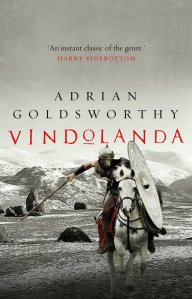 Vindolanda is the first in a series of historical fiction novels about the Roman Empire in Britain circa 98 CE.

I found this novel when searching for books about the Celtic goddess Brigantia. Not exactly related, but what I found was a compelling fictional story that had the detailed approach of a history book. END_OF_DOCUMENT_TOKEN_TO_BE_REPLACED 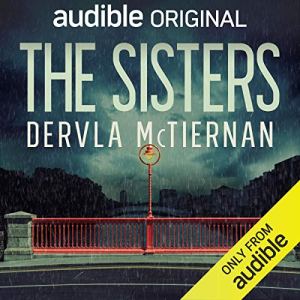 If you’ve been paying attention to my Goodreads recently, you know I’ve polished off a couple of Audible’s Originals — short stories published exclusively on that platform.

I’m rather impressed with what Audible has put out on that front, including “The Sisters,” by Dervla McTiernan

Having read very little in the crime-detective genre, I was intrigued by “The Sisters,” mostly as a gateway story to the larger Cormac Reilly series by McTiernan. This story is somehow a prequel or a prelude to the larger series, so I was interested to dip my toe in. What I found was an interesting story with great characters, and I sort of just want to read more about them.

Airfric and Carrie are sisters, a barrister and a garda respectively, and both are eager to make names for themselves in their careers. Carrie becomes entangled in a suspicious murder case that Airfric is defending, and ends up helping to solve it against the wishes of the detectives in her squad.

Honestly, by the time the real detective aspect of this story got under way, it was halfway over. I really enjoyed both Carrie and Airfric as POV characters, but I wanted this story to have more meat to it.

A few weeks removed from listening to this, it feels like the first third of this two-hour listen was just Airfric going about one particularly bad day as a junior barrister, until she stumbles into this case.

Again, I loved Airfric as a POV character. McTiernan’s style is easy to grasp but not lacking in emotional depth. I think she excels in brevity that somehow carries added layers to it. I just wish I either had more time to spend in this story, or that the real story had begun sooner.

Just as you get used to Airfric’s voice and get into her part, the POV switches to her sister, Carrie. Carrie, the garda, was also a great character. Aside from their slightly different accents (both achieved by the narrator and noted in the story by other characters), it’s easy to glimpse of bit of Carrie and Airfric’s relationship, and hear the lifelong bond. Still, both have distinct narrative voices that play off each other well.

Once Carrie really digs into this case she’s not supposed to be involved with — because obviously — the story moves even more quickly and then ends, rather abruptly.

I think this could have been a novella, or even more, with the care that is given to these characters’ personalities and background. That’s really my only gripe with this story: it’s too damn short.

Aiofe McMahon was also a fantastic narrator. Who doesn’t love a melodious Irish accent? But for real, I’m finding that I will actively search out books narrated by specific people, simply because their voices are so pleasant to listen to, and they are talented vocal actors. I will definitely be listening to more of her McMahon’s work in audiobooks.

I used my time at the beach last week fairly well, if I do say so. I managed to read about 85% of a book in about six days, which is a much faster clip than I usually make. 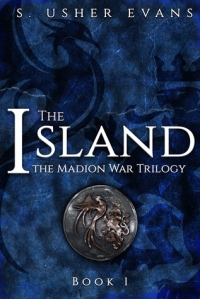 The Island by S. Usher Evans is the first in her Madion War Trilogy, which I picked up at Awesome Con in April. After talking with the author for a few minutes, I decided to buy all three books at a discount.

After finishing book one, that seems like a pretty good decision. The Island is a solid adventure story that was easy to digest on a lazy vacation. END_OF_DOCUMENT_TOKEN_TO_BE_REPLACED

I got Click. directly from the author after I won a contest on his site. I was the first to comment a random word from a video he posted, proving I actually watched it.

Click. is an exciting and action-packed story that’s easy to digest and hard to put down. As is typical with Siler’s stories, the dialogue is snappy and sarcastic, with one-liners and pop culture references peppered throughout.