It’s (roughly) the beginning of a new year, so it’s time for another edition of one of my favorite series on this site: Numberbrag! If you’re new here, Numberbrag is my generally annual post where I review how my blog performed the previous year, using only WordPress stats. Here’s last year’s edition.

In that post, I alluded to a new blogging routine that really carried me through 2020: one long-form post and one haiku, on the same days and at the same times, every week. I occasionally missed my usual publication time, but I never missed a day. In short, my blogging routine for this year was nothing short of a massive success, for me personally and for my number-bragging.

First of all, very strange that 2021 is the eighth year of this site. Secondly, 2020 was pretty solid!

Now, some folks might find the slight downward trend from 2018 to 2020 a little odd or even disconcerting. However, 2018 was the year I published my first novel. As part of the run-up to that publication, I used pay-per-click ads to drive traffic to this site, boosting the totals for 2018 by over 1,000 Visitors and Views. So that peak is a little inflated.

Secondly, I’m not the least bit concerned that 2020 did not match even 2017’s total Views. In 2017, we had two bloggers posting 3-5 times per week for a total of 262 posts. Want to know how many posts were published the last two years? 214 and 134. One hundred and thirty-four posts in 2020, in a year that started slowly, and my numbers are still on par with, if a little short of, past performance. That’s efficiency.

It also indicates quality of content. Check out this deeper annual comparison. (Note: I realize that the Total Posts in the below screenshot say 131, whereas the image above says 134. I know there is a logical if annoying reason for that happening in WordPress’s system, but I don’t remember what it is.)

2020 posts were waaaaaay down from previous years — every year since we started, in fact. Comments per post are steady, and Total Words are down. But Average likes per post is up (7.0), the second-highest rate we’ve ever had, and Words per post (404) is the highest ever. That means that the content we’re publishing here is more popular, even at higher word counts, where readers may get bored and leave.

This post is officially longer than 404 words, by the way.

I’m going to skip over the usual Top 10 Posts section, because there’s not much different to say from any other year. Our new Home page clocked in at #4 with 184 Views. The other 9 on that list are old-familiars that were published prior to 2020.

What I’d rather look at are the categories I personally posted in this year. Marcy contributed 25 posts of her own, and I’m so happy she did. But this section is about me!

I ended last year’s Numberbrag by guesstimating how many posts I wanted to write in each category, so of course I have to follow-up on that. Here’s the gist of what I predicted/wanted to achieve this time last year:

So what did I actually write last year?

Wow. Chalk. I’m honestly surprised at how close my predictions were. My Reviews were only down by 3, even though I stopped commuting to work and thus couldn’t listen to Audible as reliably. Creativity Sessions and Marketing Your Novel were each down by 2, but that can be explained by the 3 extra Haiku I posted on non-haiku days when I was too busy or stressed to write a real post.

Also, I definitely would have written at least two more Marketing posts if I had gone to a number of conventions greater than 0.

So, a boring rundown, if precision can be considered boring.

I honestly thought that section was going to be longer, so I’ll round out this post with some more generic stats.

We’ve done “Thank You” type posts in the past when we’ve reached certain milestones, but I didn’t do any of that this past year, because my more sensible blogging schedule meant I consistently had other things to talk about.

That’s awesome. Thank you, dear readers, for your continued support. Despite the lack of humility in this post (it’s called Numberbrag!), I really am chuffed that this site has evolved so much over the last 7+ years, and yet continues to have an audience. I don’t particularly care that we don’t see 100 hits per day or thousands of followers. I’m always happy to see familiar avatars liking and commenting on our posts, so I hope you all keep coming back. I’ve firmly settled into a rhythm with this site, and I’m sticking to it.

At least until I need another change-up.

That sound you just heard was July whooshing by and now it is August. I confess I did nothing towards my writing goals (with the exception of posting here regularly) until the last week of July. I co-procrastinated (if that’s not a word, it should be) those alongside a work writing project that had a hard submission deadline at the end of July. But! I got everything in on time (well, more or less).

1. Keep posting here on Mondays and on my other blog, Illustrated Poetry, on Tuesdays.

Did this! At least one post per week on each blog. Didn’t adhere to the precise day of the week so much on my other blog, but eh.

2. Rewrite the first chapter of Enjoinjure.

This I put off until the absolute last minute. I do mean opening the file on July 30 and working on it on July 31. I’m fudging a little because I didn’t really attempt to smooth out and combine the new bits with the old bits until this weekend, which is technically August.

3. Put together an outline for my current untitled story.

I did do this!

I kept the bar low on these writing goals, I know. But overall it worked – I finally addressed that first chapter, which I had been actively avoiding.

END_OF_DOCUMENT_TOKEN_TO_BE_REPLACED

2019 was a weird year. I helped raise an infant into a toddler. I lost my job, was unemployed for four months, and found a new job in a totally unexpected place. And, oh yeah, I transferred five years’ worth of website content to a new domain!

I legitimately forgot that we switched from Red String PaperCuts to Evening Satellite as our main site in 2019, until I read over my numberbrag post from this time last year.

In that post, I focused on the types of content featured most heavily on this site in 2018, and some loose ideas about where I thought we were going in 2019. I’ll do something similar for 2019 and 2020.

END_OF_DOCUMENT_TOKEN_TO_BE_REPLACED

2019 brought a ton of changes for me personally, professionally, and authorly over the last year-plus, and a lot of that has seeped into this site, whether I intended it to or not.

I hinted at some plans to freshen up my blogging a bit in my Write Day post. It’s taken me six months to realize this, but I need to change up my blogging habits.

For the foreseeable future, I’m only going to post twice per week:

Keep reading if you want some details.

END_OF_DOCUMENT_TOKEN_TO_BE_REPLACED

It’s just time. I’ve been running both this website and EveningSatellite.com, our book imprint, for almost two years, and I’ve felt more and more like we didn’t need two websites.

So this blog will be migrating to EveningSatellite.com in the next couple of weeks. My sources on the interwebs tell me that I should be able to do this with no detriment to our followers, content, etc., since they’re both WordPress.com sites, but I am wary.

So if you suddenly come here and it looks a bit different, that’s why. END_OF_DOCUMENT_TOKEN_TO_BE_REPLACED 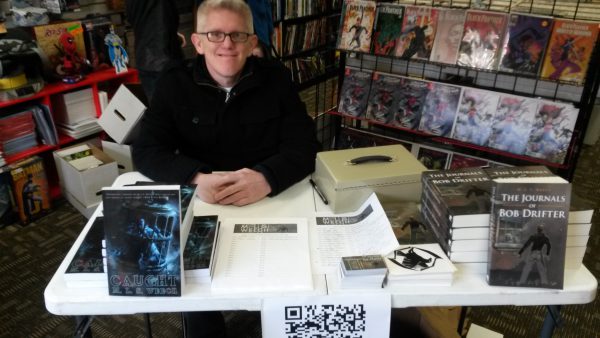 I went to my first actual book launch on Saturday. Fellow blogger and now real-life pal MLS Weech released his second book, Caught, on Saturday at a comic book shop about 20 minutes from my house. END_OF_DOCUMENT_TOKEN_TO_BE_REPLACED 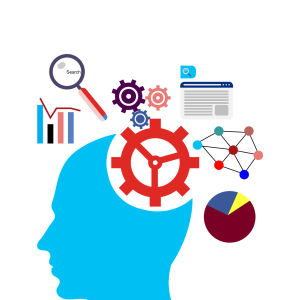 Disclosure: I work for a marketing firm. While I have no formal education in marketing or business and would never claim to be an “expert”, working in online marketing for two companies over the last  four years has taught me a lot. This series will explore the marketing strategies I will use to promote my upcoming novel. Also, I know free stock photos are lame. I’ll get my own legit photo for this series at some point, I promise.

As we move through this series, I’m going to try and tackle each subject in a logical manner, going deeper and deeper into the many topics and subtopics within marketing without jumping around too much. Thus, some of this information may seem repetitive, because we summarized a lot of it in my first post on where to begin with marketing your novel.

Today, we’ll look more closely at indirect marketing, since this type of marketing is more readily available to most writers, through the magic of the internet — and content marketing. END_OF_DOCUMENT_TOKEN_TO_BE_REPLACED

Disclosure: I work for a marketing firm. While I have no formal education in marketing or business and would never claim to be an “expert”, working in online marketing for two companies over the last  four years has taught me a lot. This series will explore the marketing strategies I will use to promote my upcoming novel. Also, I know free stock photos are lame. I’ll get my own legit photo for this series at some point, I promise.

Telling people that I work in online marketing typically induces one of two reactions in people. Either, “holy crap, how could you work in such a scummy, manipulative industry,” or “wow, marketing my work is so intimidating, where do I begin?” END_OF_DOCUMENT_TOKEN_TO_BE_REPLACED 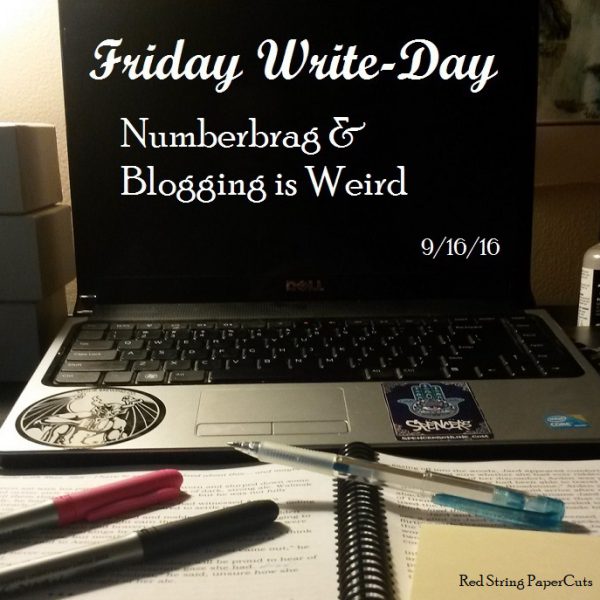 Numbers are cool. They can be enlightening or maddeningly erratic. Either way, I like to take some time every once in a while to review the stats for RSPC. Let’s jump in.

Every now and then someone I barely know at some party or bar or during a random conversation on the train will ask me that all-important icebreaker: what do you do for a living? My default answer of “I work for a marketing firm” tends to be enough for most, because the more detailed explanation either confuses them or does not interest them in the slightest.

Rarely, however, do I receive the following in almost automatic response: “Oh, so you manipulate people.” END_OF_DOCUMENT_TOKEN_TO_BE_REPLACED