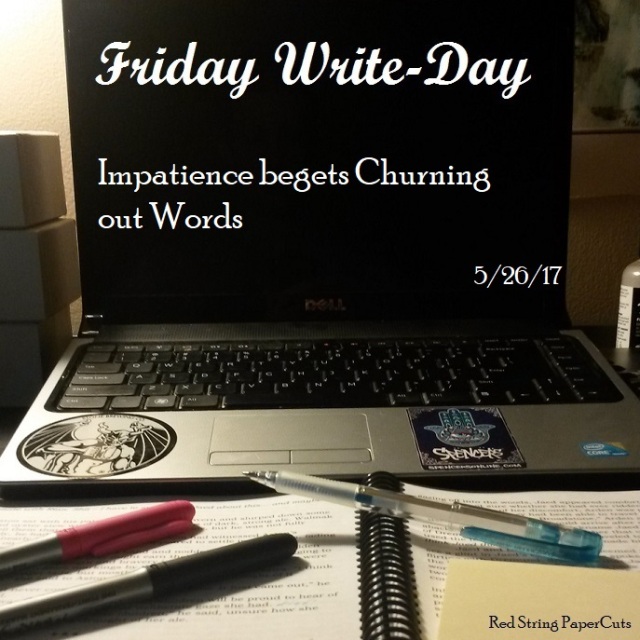 4,000 words written Thursday night. That’s about my only accomplishment this week, but I’ll take it. To put that in perspective, I wrote 6,800 words (exactly, strangely enough) for the entire week.

It was a slow week.

I realized that I’ve been impatient with myself and my story. I can feel the end coming, and I just want to get there. The problem is, when I get impatient, it distracts me from actually getting anything done.

So last night, I had to push through this spree of impatience by just sitting down and writing, and I did not stop until I reached 140,000 words.

I also wrote a new prologue — well, half of one. And to my readers who are frantically shaking their hands in panic/anticipation (aka, Jessie): no, I did not scrap my original prologue. If I decide to keep this new one, than the old one will just be shifted forward into chapter one.

The beginning of my story still felt too heavy on either exposition or flashbacks to explain the world. So I decided to take a couple of those flashbacks and turn them into quick snapshots of actual dialogue. I think (read: hope) that this will strengthen the story from the outset, remove some of the explanatory narrative, and provide a firmer emotional grounding for Aston and Jaed.

The sections that I felt were too heavy (basically chapters one and two) will now be pushed forward, and the reader will have some underpinning context to carry them through. This way, they’ll care about the characters more from the start and be much more tolerant of some slower-paced narrative until the initial conflict builds.

That’s my plan anyway. My other plan is to continue churning through big chunks of story to finish around mid-June. We’ll see how it goes.